A tiny toddler in a tutu caught everyone’s attention at the ‘Thank Heaven For Little Girls’ ballet performance. The show Gigi, a classic for many decades, is the perfect setting for a little girl to take the spotlight. When one little brunette caught everyone’s attention, it wasn’t necessarily because of her dance performance. When her dance partner starts twirling another ballerina on the tip of his finger, the tiny girl realizes she doesn’t like what she sees. She may be a tiny toddler, but even she knew she needed to put her foot down.

The little suitor simply followed the choreography. He was to twirl one ballerina, then the next. However, he had to stop dead in his tracks when he looks over at the little girl and she wouldn’t give him so much as a glance. In her mind, if he was done dancing with her, then she was done dancing with him, too. When he holds out his hand and waits for her to respond, she then decides to give him a piece of her little mind. 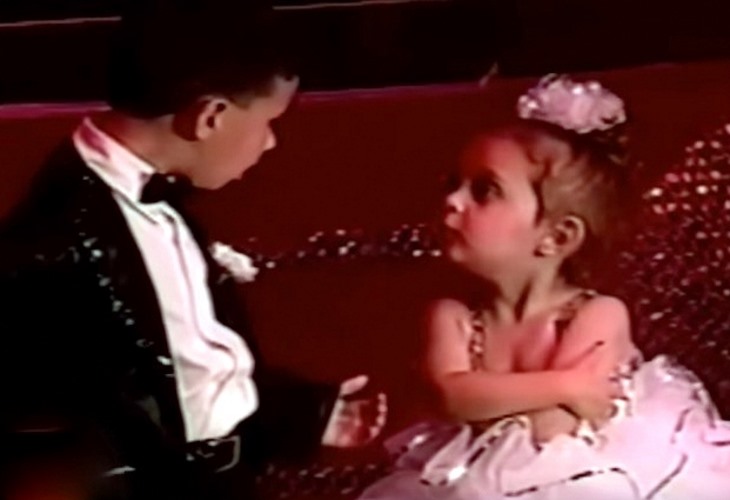 She turns to face him and tells him exactly what she thinks – she’s got her pointer finger out and accuses him without a doubt. All the while, the show is still rolling, and the audience is chuckling at the unpredictability of a live performance with children on stage. This one cute little girl stole the whole show with her independence and sass. Everyone in the crowd absolutely loved the cute and comedic scene. That’s why they say thank heaven for little girls!

Advertisement
Back to Top ↑